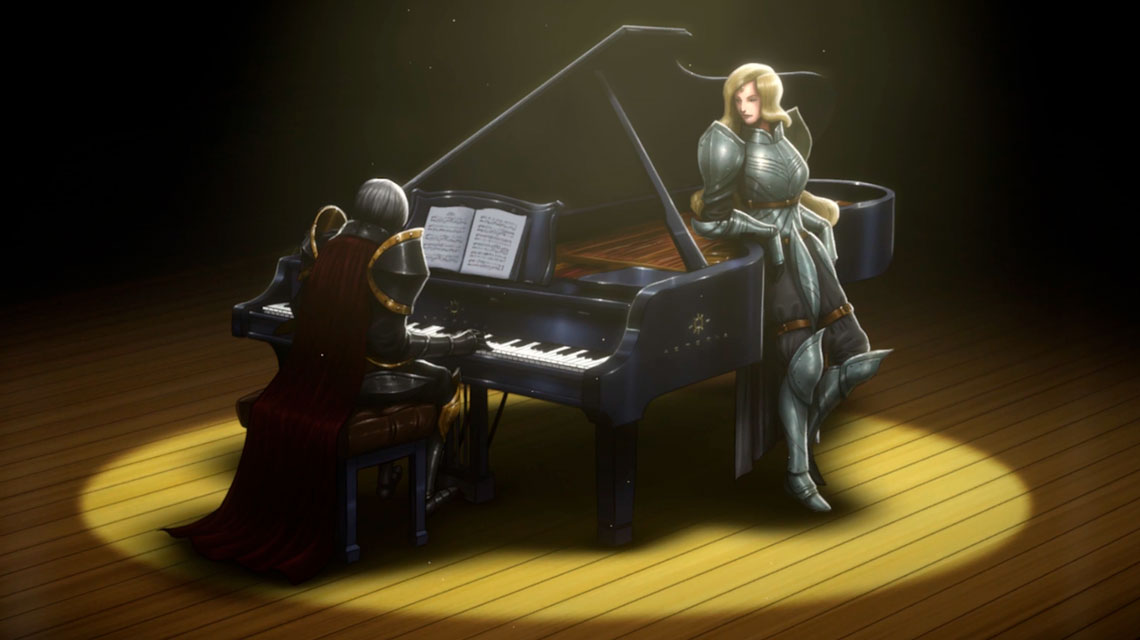 The King of Darkness playing the piano

The development team of Aeterna Noctis confirmed that the OST of the game will be released in a “Piano Collection”. After the success of the official announcement back in October 2020 and our extended gameplay publish by PlayStation Spain, we decided to take the next step forward and introduce to the community the OST of Aeterna Noctis in all its greatness.

What you can see on this video is the King of Darkness playing the piano with the Queen of Light, in a Casablanca inspired composition. This 2D animation loop was made to highlight the talent of our art department and create a hypnotic image that feels natural and reinforces the effect of the music.

However, the best part of the video and the reason it was shared is its music. “The infinite Sea” is the name of this track and is performed only by piano chords adding some extra arrangements that make the song more emotional and complex than the vanilla version, which can also be found on the Aeterna Noctis Youtube channel.

The next 3 minutes video means that Aeternum Game Studios will release a “Piano Collection” of the Aeterna Noctis original soundtrack once the game is ready and available. It should be noted that The Infinite Sea is one of the 46 tracks that composed, never better said, the OST of the game. We will reveal more tracks during the next months as part of our marketing plan and also some extra music content for the incoming development diary. One of the biggest strengths of Aeterna Noctis is its art direction, and it also includes music and sound design. There is no better example of how we are taking care of every single aspect of the game that this track composed and performed with big expertise.